Take advantage of our expert advice
on export and import procedures

Our air and sea freight forwarding schedules feature frequent departures from the UK to more than 20 countries in Latin America, including Brazil, Chile, Colombia, Ecuador, Mexico and Peru. The services are available for small to large cargos.
Find out more: Exports to Latin America

Imports to the United Kingdom

Whether your goods are required to be picked up from the country of origin or from a nominated port in the UK, we offer a complete transport service, including customs clearance and delivery to any location in England, Northern Ireland, Scotland or Wales.  Find out more: Imports to the UK

Trading between the UK and Latin America
the time is now! 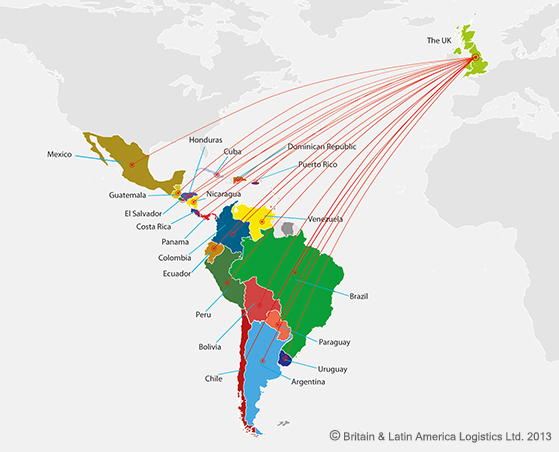 With many Latin American economies having rapid growth and the UK Government boosting its trading interests in this region, particularly following the Brexit referendum on the 23rd of June 2016 in which Britain voted to leave the European Union, it is now the time for UK exporters to take advantage of this dynamic emerging market where demand for imported goods is on the rise. Conversely, considering the UK is one of the top 10 largest import countries in the World, it is key for Latin American exporters to focus their attention on this market and the prospects that Brexit could bring. Britain’s upcoming exit from the EU leaves it available for governments in Latin America to redefine existing trade relationships under potentially less restrictive procedures and negotiate access to the British market for a wider range of products.

In recent years Britain’s trade with Latin America has been growing much faster than its trade with the EU. Since 2010 the UK Government has pushed the ‘Canning Agenda’ to increase levels of trade and investment with Latin America. It is still early days to be able to predict how the commercial deals will unfold after Britain’s exit from the EU is actioned, but it seems bilateral trade is likely to be fast-tracked as both British and Latin American exporters look to capitalise on new opportunities.

Britain & Latin America Logistics Ltd is committed to developing long term relationships with exporters and importers, whilst providing them with effective logistics and transport solutions. Our goal is to help with both the business expansion of our clients and the flourishing of trade between the UK and Latin America, especially if the resulting trade is beneficial not only for the companies involved but also for the surrounding communities. 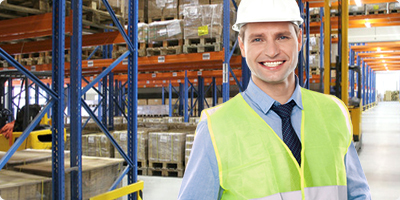 For your imports and exports, we offer inland goods delivery and pick-up services which are tailored to your requirements and are available at both origin and destination countries.  Read more

Warehouse Storage. Available for most types of cargo including those requiring temperature-controlled storage.
Read more

Export and Import Business Consultancy. Including advice on import taxes, regulations and trading between Britain and Latin America.


We genuinely care about the success of our clients and, naturally, people talk

Licences are needed for import and export of technology and dual-use, artworks, plants and animals, medicines and chemicals - be aware of your responsibilities and who the relevant UK licensing authorities are. Read more here.

Ecuador business matchmaking constitutes the most important export promotion platform of the country, where all of the main representatives of the productive industries meet, promoting Ecuador's premium exportable offer. Read more here


Check out our Linkedin, Facebook and Twitter pages for more articles about export/import legislation, logistics and trade between Britain & Latin America